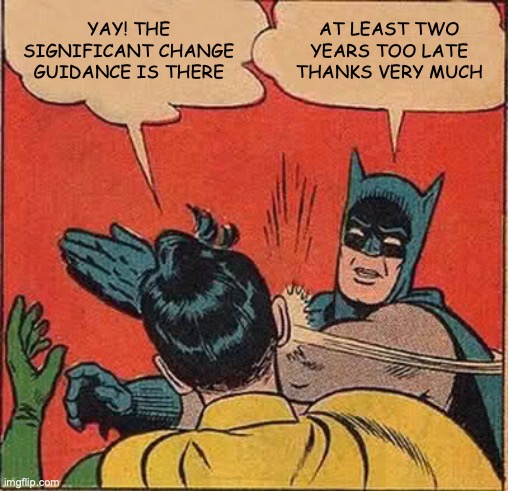 It’s hard to keep up with all the work and the new publications of guidance these days. Abundance creates its own problems one could say, so that’s why this blog was slightly delayed. Due to the COVID-19 epidemic I have had to home quarantine the family, move the whole law firm to a virtual platform and keep up with all the work in the mean time. You know, all in a day’s work.

The MDCG finally published MDCG 2020-3 Guidance on significant changes regarding the transitional provision under Article 120 of the MDR with regard to devices covered by certificates according to MDD or AIMDD.

This is no small matter because this is perhaps one of the more crucial guidance documents anticipated, because it should clarify the concept of ‘significant change’ under article 120 (3) MDR.

There is only one very big problem with this option: the manufacturer cannot implement any ‘significant changes’ because if he does, the (AI)MDD certificate is immediately invalid. Sounds exciting, right? This makes it crucial to know under what circumstances that would happen.

The and/or problem seems to be fixed by interpretation now

We were having the interesting problem that the text of article 120 (3) MDR provides that:

This use of the operator ‘and’ would suggest that there would only be a significant change when both of these conditions were true, which I and many others have always found an unlikely interpretation. The guidance does not conform this position, but also does not explicitly state that the law has not been drafted in a way that it correctly reflects the legislator’s intention. Rather, the guidance sneakily uses “or” or “nor” instead of “and” throughout, which I am quite willing to interpret as a position of the MDCG that the “and” operator in article 120 (3) MDR should not be read as an ‘inclusive and’ (this is a logic operator that does not exist, and therefore is a pun to make the point). My theory is that the legislator intended to put in a an inclusive logical disjunction (basically an ‘and/or’) rather than just ‘and’ as in ‘both conditions must apply’. Problem solved!

What is not a significant change according to MDCG?

What is not a significant change, according to the guidance? Those are:

And: all changes implemented as a corrective action (see CAMD FAQ, question 17) are not significant changes either, so you can save yourself a lot of problems to have a design change on the basis of a corrective action rather than based on a PMS plan finding that the device could be better. Unfortunately the CAMD FAQ requires

for this so that seems to refer to an actual incident that needs to have been notified. However, there is nothing to stop you from notifying incidents of course.

How to deal with the no-print problem?

If on the one hand certificates cannot be amended anymore post DoA (this is how the situation was explained by notified bodies and authorities) because ‘no new certificates can be printed’ post DoA, how to deal with the fact that non-significant change are still allowed? This is also explained in the guidance:.

“The notified body that issued the AIMDD or MDD certificate may confirm in writing (after having reviewed manufacturer’s description of the (proposed) change) that the implementation of the change does not represent a significant change in design or intended purpose under MDR Article 120(3) and that the related AIMDD or MDD certificate remains valid after the date of application of the MDR, but no longer than its expiry date or 26 May 2024, whichever comes first. Such written confirmation corrects or complements information on an existing certificate but does not represent the issuance of a “supplemented certificate” as this is prohibited as mentioned in Section 3. In case of requests from authorities the manufacturer should number such letters received from the notified body and submit them together with the certificate.”

For class I manufacturers under 120 (3) with DoCs:

“In relation to class I medical devices requiring the involvement of a notified body for the first time, manufacturers of such devices must be able to justify their decision when the changes are considered to be non-significant. The justification shall be documented and made available when requested.”

The flow of significance

“guidance document provides in its Annex several flowcharts based on NBOG’s Best Practice Guide 2014-3: “Guidance for manufacturers and Notified Bodies on reporting of Design Changes and Changes of the Quality System”. In particular, Chart C, which is specific to software, draws inspiration from Annex VI, Part C, section 6.5 of the MDR to identify modifications that are considered as significant change in (software) design.”

The guidelines contain flowcharts for determining if a change is significant for the following scenarios:

These charts are applied after application of the main chart in the guidance that shunts the question to one of the charts A to E.

The charts are very similar to the same as those in MedTech Europe, COCIR and some others’ Joint Industry Position on Significant Changes According to MDR Article 120(3) dating back to February 2019, and even the text is largely identical. We have also seen these flowcharts in LNE/G-Med’s guidance on significant changes of April 2019.

This means that it took the MDCG more than a year to basically endorse a ready made industry position presented on a silver plate and add a little text of its own. This is … disappointing.

Yet, there are small differences between the Joint Industry Position and the MDCG guidance in the flowcharts, so these are not applied identically. I have not taken the time to check all of these, but I advise you be aware of them and review your procedures carefully if you’ve set them up based on the industry position paper.

How now, and: ‘significant’ is not ‘substantial’

There seems to be a lot of confusion in the market between what a ‘substantial change’ is (in the meaning of NBOG 2014-3) and a significant change in the meaning of article 120 (3) MDR. Although they look similar, they are really different and although the guidance does not specify this explicitly, it shows that they are different. The easy way to understand the difference is as follows:

For me the importance of the new guidance was in section 4, which describes how to work with the notified body. Conversely, it also expresses the expectations of how the MDCG expects the notified bodies to handle manufacturers, which is very important too as notified bodies are not always that good with good administrative practices that we would expect from bodies charged with state authority. This is needed because the MDR contains precious little in actual notified body procedure requirements regarding legal recourse, because the incongruence between protection against government agencies and notified bodies has always been and remains one of the issues I struggle with as a lawyer. I see some of notified bodies do things we would never (and should never) accept from a government agency in terms of good administrative procedure.

The guidance provides in this respect:

“In line with agreed arrangements for notification of changes between the manufacturer and the notified body according to the AIMDD/MDD (e.g. contractual relationships, approved procedures) changes and their implementation will be verified by the notified body as part of the surveillance activities, or following a manufacturer’s submission for prior approval. The outcome of this verification will determine whether a certificate in accordance with AIMDD/MDD remains valid according to Article 120 MDR.”

“Nevertheless, such changes continue to be subject to the agreed notification procedure identified in the first paragraph of the current section. The manufacturer should always remain responsible for providing evidence that all the above-mentioned changes do indeed neither affect the design nor the intended purpose.”

“The notified body that issued the AIMDD or MDD certificate may confirm in writing (after having reviewed manufacturer’s description of the (proposed) change) that the implementation of the change does not represent a significant change in design or intended purpose under MDR Article 120(3) and that the related AIMDD or MDD certificate remains valid after the date of application of the MDR, but no longer than its expiry date or 26 May 2024, whichever comes first. “

How will this play out in practice when manufacturer and notified body disagree? It would have been really nice to have some guidance on that. For example, can a notified body just declare the certificate invalid in a disagreement with the manufacturer? Will competent authorities take an active role in arbitrating such differences? I think they really should actually.

No guidance on other aspects of article 120 (3) MDR

The guidance does not provide any clarification of other aspects of article 120 (3) MDR that I receive more and more questions about, e.g. whether the economic operator provisions in articles 13-16 also apply to (AI)MDD governed devices in scope of article 120 (3) MDR. Not everybody agrees on this, and there is considerable controversy about this in the market.

This subject warrants a blog post in itself and this is forthcoming, but I will still give you some ideas here in this presentation at the RAPS Convergence conference last year:

In my experience, most M&A projects and subsequent integration will almost always involve one or more steps that would give rise to a significant change under article 120 (3) MDR.  That means that if you are selling or buying a devices company with certificates or DoCs profiting from article 120 (3) MDR transition understanding this is one of your top priorities. Getting this wrong means invalid certificates and/or declarations of conformity that need to be replaced by MDR certificates and DoCs, which will take a long time and will be costly to remediate. In the very best scenario it will be very costly and will affect the rationale of the deal considerably or even invalidate. Better think about that in advance because I assure you that your legal department (which is usually not that knowledgable about this kind of regulatory detail stuff) will not. I’ve seen that happen dozens of times by now.

This guidance is only for the MDR (not a single reference to the IVDR). Yet, the IVDR contains a regime identical to that of article 120 MDR in article 110 IVDR. Should we now draw the conclusion that this can be interpreted identically as set out in this guidance? Probably not, because the flowcharts mostly address typical MDR subjects, except for chart C (software changes).

But what about the body of the guidance – that is relevant to the IVDR too, right? Well, we don’t know. It sounds logical that it would and it would even be a small effort for the MDCG to make a small remark to that effect. But they didn’t.

Like I’ve observed in the recent blog about the Joint Implementation Plan: IVD industry, you’re on your own for the moment. The MDCG is not thinking about you at all for the moment. 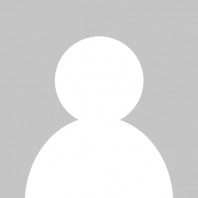 Happy IVDR day my readers! My apologies for the low level of activity on this blog the last time. I’ve been very busy with MDR and IVDR work. And of course I…

Axon Lawyers is a proud partner of Leaders in Life Sciences Podcast. Subscribe and listen to the upcoming inspiring stories!

More on placing on the market